A Word From The Principal…

Return to:
A Word From The Principal
Posted:

What a great (and busy) term so far!

Please take note of our 2021 Term Dates – *we have a 3 week break during the June/July school holidays.

Thank you to parents and staff who attended the Investigator College AGM on Wednesday 19 May. Reports were read by Board Chair, Reverend Ian Young, Finance Subcommittee Chair, Gavin Daniell and the Principal, in addition to responses given to questions that were submitted. Please find my report below.

And what a year it was. COVID brought considerable uncertainty, temporary school closures and an introduction to the concept of remote learning. I must say how proud I am of our agile teachers and students who adapted surprisingly smoothly. Zoom meetings and lessons became part of our everyday life and the College let families borrow computers to help the process operate as smoothly as possible. Teachers were working harder than ever to make this work as did our parents, and we are grateful for this partnership.

COVID also brought with it the possibility of falling enrolments, but this was not the case. Numerous families gained new perspectives on what life is all about and moved to the South Coast. The realisation that a high-quality Anglican College was located at Victor Harbor seemed to add to the appeal.

In February we farewelled Mark Clayton and then in March welcomed Mark McLaren as our new Business manager. Mark was quick to identify areas of risk and has been instrumental in helping Investigator move ahead financially. We also discovered that a disproportionate percentage of our families were receiving large bursaries, and whilst this was a nice gesture, this was also preventing all students -including those paying full fees – from benefitting from necessary staff such as a counsellor and Heads of Schools, as well as ongoing financial stability and infrastructure upgrades in the Junior and Middle Schools. This had to change and together we met with the families involved and made the necessary changes.

Selling the rundown Goolwa Campus to the government was a major 2020 achievement. Numerous staff members, together with our hardworking Board put in countless hours to make this happen and this has helped us to progress financially also. I acknowledge the attachment and mixed emotions that some of our longer serving staff members, together with our families and Old Collegians, might have with this former campus.

Year 12 results continued to be impressive in 2020, with the results, including a top score of 98.65 and merits listed on the rear of your meeting papers.

NAPLAN was cancelled due to COVID, but we were notified that in the previous tests our Year 9 results were the highest of any regional school.

I felt proud at the end of the year to make some significant appointments that have placed our College for continued success in the future. These include a Head of Junior School, Nick Smith, Head of Middle School, Scott McGregor, Learning Strategies Coordinator, Diana Carter and for the first time I believe, a student counsellor, Nicole Eckermann.

First year of a headship is never expected to be easy, with more challenges in 2020 than were foreseen.

I was lucky to be backed by a strong executive team- Andrew Panozzo, Belinda Delyster, Melanie Scott, Mark McLaren (after the changeover from Mark Clayton) and Louise Davies plus a very supportive, hardworking Board, chaired by Rachel Elliot. I am grateful to the College executive and Board.

Tonight it gives me immense pleasure to acknowledge eighteen valued staff members who have dedicated 15 or more years of their working lives to Investigator College.

As I read their names, I ask that they come to the stage (and remain on stage) to receive a commemorative plaque.

Jim was on staff as the Assistant Principal when Investigator College, began on 14 November 2002.

Jim and his wife Robyn educated their three children Matthew, Sam and Aly at Investigator College up to Year 12. Jim has worked tirelessly for the College and we acknowledge his valuable contribution in the many leadership and teaching roles he has held over his years of service. 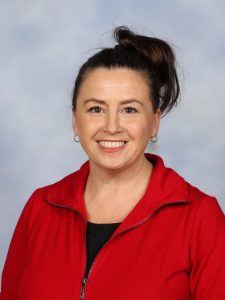 Rachel was on staff when Investigator College began and took leave to raise a family.  Rachel returned to work in 2007 and has been instrumental in the production of the College Musical’s and Senior Drama performances. Rachel leaves us at the end of term and she will be greatly missed. 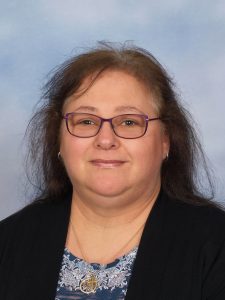 She supports the current principal and Board beyond belief. Alice and her husband Noel educated their children Katie, Jessica and Brad at Investigator College. 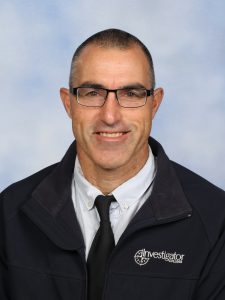 Peter was instrumental in setting up the Physical Education Department introducing many exciting activities for the students. Peter has a gift for organising events including Sports Days and Surf Carnivals enjoyed by staff and students annually. Peter and his wife Linda educated their two daughters, Georgie and Taleah, at Investigator. 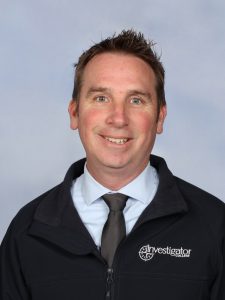 Craig has been a staff member from the commencement of Investigator College.

Craig has been a valued member of the Junior School teaching team and taught across both campuses. Craig and his wife Carol educated their daughters Laelia and Mahlia here with Mahlia currently completing her final year at Investigator.

Ruth Price had been a valued member of the Junior School teaching team since 2004 until her retirement at the end of 2018. Ruth has continued her relationship with the College and has been a contract and relieving teacher over the past 3 years. Ruth and her husband Ian educated their two daughters Fiona and Joanna at Investigator for a time in the earlier years. 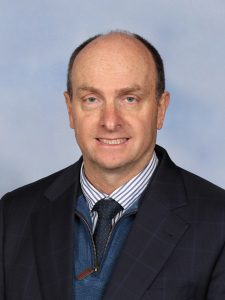 A committed and passionate teacher, Mark commenced at Investigator in a permanent teaching role in January 2003.

He held the Head of Junior School position for 5 years and recently the role of Junior School Wellbeing leader. Mark and his wife Caroline educated their children Georgina, James and Lucy-Bella at Investigator College. 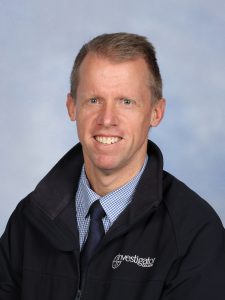 David was a staff member from the commencement of Investigator College, moved with his family to Japan in 2003 and returned in 2005.  David was appointed to the inaugural role of Head of Middle School in 2005 which he held until 2013 and appointed to the Head of Department for Language (Japanese) in 2018. David is a valued member of the Japanese teaching team with his wife Jodie. David and Jodie have educated their three daughters Courtney, Noami and Hayley at Investigator. 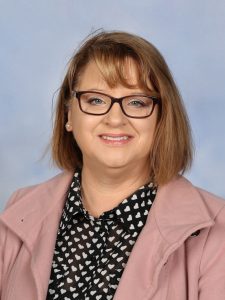 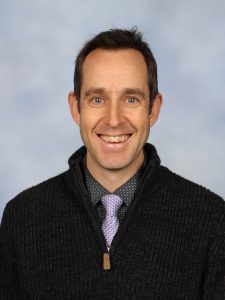 John commenced at Investigator College in 2005 and is a valued member of the Junior School teaching team. John has a passion for the Environment and has been instrumental in setting up the Junior school curriculum at Currency Creek and nature-play at the College.  John and his wife Emma educated their three children Bentley Oliver and Isla here for a time.

Paul commenced as the groundsperson at Investigator College in 2003.

He is a dedicated staff member and much appreciated by staff and students for his can-do attitude. Paul and his wife Leonie educated three children Malanie, John and Chelsea at the College. 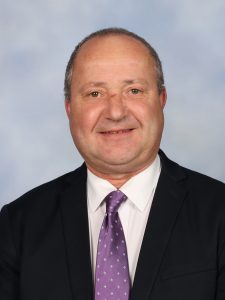 Andrew commenced at Investigator College in 2006 and soon rose to the role of Director of Teaching and Learning and Deputy Principal, and Acting Principal on numerous occasions.  Known for his quick wit, jovial nature, high standards and passion for Italian coffee, Andrew was instrumental in the building of the Senior School and culture across the College. And let’s not forget those Europe trips! 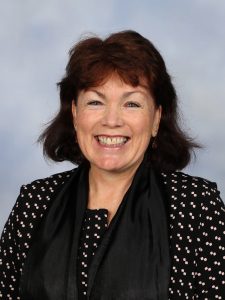 Kerrin also commenced at Investigator College in 2006. Kerrin has a passion and gift for teaching Mathematics and has a special relationship with her students.  She is a kind and supportive staff member who is a brilliant support to our Deputy! Andrew and Kerrin educated their three children James, Matthew and Jennifer at Investigator College and are very proud to have their eldest son James join the staff team.

Alex commenced at Investigator College in 2006. Alex has a passion for Mathematics and enjoys a great relationship with his students.  Alex’s other passion is his family, along with his wife Andrea they are enjoying raising their 7 children.  Josh and Willem Dunkley are completing their education here at Investigator and provided us with beautiful music earlier in the evening.

Geoff commenced at Investigator in January 2006. Geoff has a wonderful sense of humour enjoyed by the staff and students of the College.  An excellent ‘mentor’ to many, Geoff enjoys the great outdoors whenever he can. 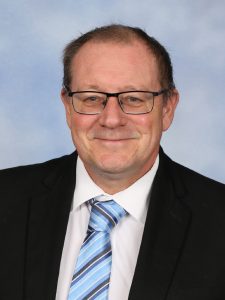 Bob also commenced at Investigator in 2006. Bringing to the College his passion for Occupational Health and Safety, Bob was instrumental in upskilling staff in this area. Bob along with his wife Dianne educated their two sons, Matthew and Alex at Investigator.

Congratulations and thank you to these wonderful staff members who have all dedicated 15 or more years of their working lives to the students and community of Investigator College.

Our Chairpersons AGM Report is available in the link below:
http://www.investigator.sa.edu.au/a-word-from-the-chairperson-8/ 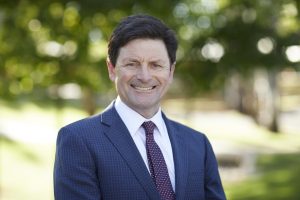